or THE MUSICAL THAT KILLED EVERYBODY!

Anyone who hasn’t been vacationing on Mars for the last year, knows that Spider-man (the Broadway spectacular) turned out to be a bigger spectacle off stage. 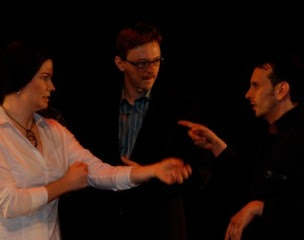 Rather than complain that 65 million dollars doesn’t buy success like it used to, check out the true story ripped from behind the headlines in The Legend of Julie-Taymor or The Musical That Killed Everybody!

People laugh when they hear just the title. Reviewers are saying this is the top must see show in the 2011 NYC International Fringe Festival. Glowing pre-reviews and mentions have appeared in the Post, Daily News and The New Yorker.

Yes, even before seeing it, everyone is laughing.

The Legend is filled with stars from the big stage, starting with Avenue Q star Jennifer Barnhart, who brilliantly plays a manical Julie Paymore.

But if there is one reason that one should absolutely not miss this show, it’s about the music.

Moving the story along are noted composer Dave Orgin’s catchy songs: "I'm the Only Artist? Julie’s tribute to herself, Barry Shafrin's presentation of "Boy Falls from the Rafters" 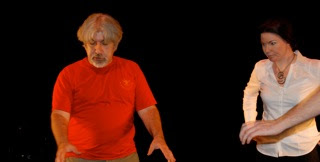 Joe Barros’ choreography using simple but engaging moves, while presenting sometimes wordy material, were his version of “Tweet Tweet Tweet” and the extended song, dialogue number “Give the People What They Want."

Besides having great songs and great script, (and no lawsuits, accidents, or disasters), this show went up in 4 weeks, coming in at budget less then a seat at some theaters.

Besides 90 minutes of laughs and great music, this is a GREAT NOT TO BE MISSED ONCE IN A LIFE OPPORTUNITY AT THIS YEAR’S NEW YORK INTERNATIONAL FRINGE to see wonderful talent.

LATEST REPORT: As we go to post reports are that even if Spiderman is SRO for the next 7 years, it just might justly break even.

Looks like Legend however could very well outlast the original:)

CHECK OUT THE WEB SITE