NOTHING BUT THE HITS  Part 2  was nothing but the BEST! 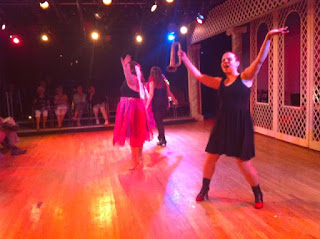 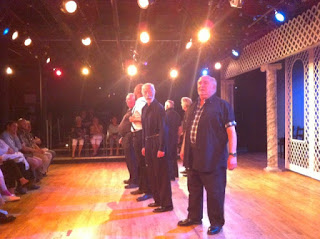 For their Gala ending their 59th year, they selected some three dozen of American musical theater’s greatest hits for performances on June 10-12.

The singing was pitch perfect and the tap dancing  tiptop as  two dozen Heights Players danced and sang through decades of songs.

Under the direction of Thomas Tyler and Ed Healy,  the show moved  quickly  from one production number to the next.  Cast members shined in a fabulous progression through the show with Musumi Iwai adding some  delightful surprise acrobatics to her ballet number.

Stand outs  include the choreography of Aurora Dreger,  the song stylings of newcomer Jonathan Merechant,  and the superb vocals of Rachel Coffin and Ivis Fundichely

David Fletcher’s  musical arrangements —from “There’s No Business like Show Business’ to the finale of “Yesterday,”  “Today” and “Tomorrow” — sewed together seamlessly the ageless spirit of love and hope that these songs shared.

What a treat it was later that night of June 12 to see the Tony awards—it’s only 30 minutes away from Brooklyn to Broadway— to remember that I had heard many of these songs just that afternoon on Willow Street.

While The Heights Players might not be winning Tony Awards,  they win the hearts of musical lovers in spirited, highly professional and LIVE performance.